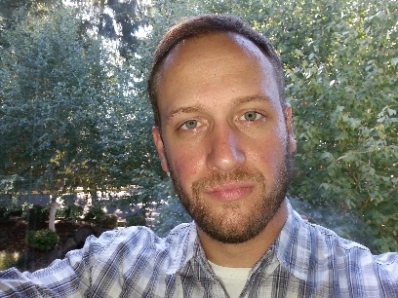 Imagine if you will a man.

He is age 83 and has been living in a memory care facility for the last several months. Let’s call this man Roman. Roman is living with Alzheimer’s disease. It has reached the more severe end of the spectrum, to the point where Roman can no longer perform actions in sequential order, whether it is getting dressed, brushing his teeth or putting together the necessary steps of having a successful trip to the bathroom, as he is 100% incontinent of both bowel and bladder. At the same time, Roman is able to move about freely without the use of any type of walking device. Roman is a very classy guy and very polite, but he has lost the ability to clearly express himself. That is to say, he can no longer stream full sentences together, so instead he relies on short replies to what others say: “yes, no”, or a nod of the head one way or the other. There are times when he will smile at certain things but say nothing.

Roman’s family is very supportive and visits him often.

I am one of his caregivers.

One day while I was cleaning up the kitchen area after serving lunch, I found Roman standing at the sink, rolling his sleeves up. Before him was a large amount of dishes that needed attention and were waiting for me. I always have one side of the sink filled with hot soapy water, and of course I had a scrub brush and towels for drying. Roman started to dig into the washing, rinsing and stacking process. He was in his element and cranking out clean steaming dishes left and right. I joined him at his side and wiped them all clean to put them away. This process continued for at least twenty minutes and Roman didn’t miss a beat. In fact, at one point when washing cups he used a technique I was sure he had done countless times before for many years while performing the ever-so joyful act of dish washing. Roman took the cup in his hand, dipped it in the hot steaming soap water, and then filled the cup from the running water in the opposite sink. Once full, he covered the top of the cup with one hand, while placing his other hand underneath, and shook the water inside back and forth, then poured the water out, then refilled once more, repeating the shaking technique, rinsing once again and handing the clean cup over to me.

What did this experience teach me about Roman? As I stood witness to this man who just that morning needed all of my help to get himself out of his urine soaked bed, in and out of the shower, shaved and dressed, I understood that something was a driving force within him, and that this driving force came from both his mind and his body.

I have heard of muscle memory and I have heard of lucid moments in dementia, but Roman’s participation in the dish washing lasted nearly a half an hour and I realized he was doing something he knew how to do, the same way he had so many times before. This to me was a manifestation of consciousness; a consciousness that does not separate between the mind and the body, but instead allowed this person to do what would seem impossible given his supposed level of impairment. Yes, maybe it only lasts for a short time and then he is in need of assistance once again because he cannot connect the dots to the new task, but this was real and it happened.

I think Roman experienced what some artists refer to as “the mind in the hand,” some mysterious force which creates some type of an auto-pilot within one’s self.  It wasn’t Roman’s mind alone that was trying to get the task done, but rather his mind and his body connected to the time and the environment – to the meditation of dish washing.

Roman’s mind was dialed into his consciousness that lives in the body that shook those cups, and the mind that told him this has to be done and this is how.

Bio: My name is Matt Gannon. I was raised on a peninsula of lake Erie, in the heartland of America. My family circle at that time was centered around my Nana and Papa who both passed away while I was serving four years of duty in the US Navy as a flight deck firefighter and salvageman on an aircraft carrier. I became a father at age 21, and I now have two boys, a step-son, and a daughter, who my wife and I keep at the center of our circle now.

I have been working in service to elders for over ten years in different capacities. I am a caregiver at my core, but I have served in different ways throughout the years. I currently hold the title of Community Resource Director for the Springs at Wilsonville—an assisted living and memory care community, and I am proud to be a part of a supportive cast there who live with bleeding hearts for our elders much like I do.

As a student for six years studying human science and gerontology at Marylhurst University, my already critical thinking instincts were sharpened and supported to see not only beyond the surface level of things, but to become available to what is happening in my day  before me as I carry on.

Dementia has been my central focus for the past decade, and I have no doubt the mysteries and work to be done for those living with dementia will remain my true north in elder care.

I am a son, brother, husband, father, uncle, godfather, friend, veteran, coach, believer, and generation X – alternative type of thinker who wants to know why? I walk through life with the edges of situations in the corner of my eye, and I will press forward and travel to the other side of edges at times if I think it will help people, even if there is risk involved; if I believe an unorthodox solution will help, I will venture “out of bounds” if necessary. I am a person who cares about the well-being of people who strive for goodness, and I am one who empathizes with anyone who doesn’t.

I allow myself to be aware of how cool it really is that I get to live within this beautiful and painful opera that is the mystery of life.