Gero-Punk Reconciliation: The Invisible Cost (and Gift) of Caregiving, Part 2

Part two of a two-part essay 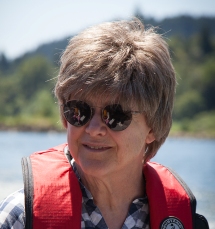 I am one of many caregivers – thousands, hundreds of thousands, perhaps millions – who give up hopes, dreams, and desires to become someone’s caregiver. Like me, many caregivers jump into the swirling torrent of caregiving without giving a moment’s thought as to how it may irreversibly impact their own lives. And like me, the majority are women who are going through their own aging journey, with most in their 40s or 50s (State 1). According to the U.S. Census Bureau, female caregivers “spend as much as 50 percent more time providing care than male caregivers” and comprise as much as 75 percent of family caregivers (Craig n.pag.). Researcher Martha Holstein, Ph.D. states that family caregivers are “overwhelmingly female” (227) at 70 percent of all caregivers (230), and that their caregiving [effort] “often lasts for years” (230). She further states that 77 percent of adult children caring for parents are women (230) and that those daughters “shoulder tasks that keep them on call 24 hours a day, with little or no assistance, while sons typically get help from their spouses” (230).[1]

According to Holstein, “Cultural values and assumptions, even ideologies, . . . support women’s primary responsibility for caregiving. These values and assumptions enter into conventional moral understandings of accountabilities and responsibilities. Because they are often internalized and taken as given, they are rarely exposed to analysis” (235). As a result of caregiving demands, women who have jobs and careers are forced to either reduce their work hours or quit working altogether (State 1). Women are expected to just “suck it up” and be nurturers at any cost. For a woman to talk about lost abilities, hopes, and dreams as a result of a multi-year detour into caregiving would be perceived as resentment – a shirking of expected duty and a kind of selfishness.

University of Minnesota Political Science professor Joan C. Tronto writes of the conflict experienced by caregivers: “Conflict seems inherent in care: because there are more needs for care than can ever be met, because caregivers have needs at the same time that they give care to others, there is inevitably conflict within care . . . care is more likely to be filled with inner contradictions, conflict, and frustration than it is to resemble the idealized interactions of romanticized caring” (267-268). These conflicts and frustrations are likely to be internalized by the caregiver and are not easily quantified or qualified. A search of EBSCOhost to examine quality of life issues for female caregivers yields a wealth of papers on the mental and physical impacts of caregiving such as stress, anxiety, depression, and multitudes of physical ailments. What can’t seem to be found are papers that address the loss of dreams – those opportunities that are irretrievably lost due to loss of abilities or opportunities. A search for “caregiver” in the title and “dream” in the body of the text yields 62 results, none of which examines the loss of the caregiver’s life plans and dreams. Clearly there is much work to be done to draw attention to this aspect of caregiving and to develop community-based social supports for those caregivers who lack familial support. Without support systems, caregivers find themselves emotionally isolated and adrift. Such community-based social support models will be the focus of my forthcoming graduate thesis.

Recently I was having a cup of tea with one of my clients and friend, Jean, who is 80 years old. She and I share Welsh heritage and a love of traveling in Wales. I mentioned that I am planning a walking trip up the coast of Wales when I graduate from MAIS in 2016. She became very excited, and I said: “you should come with me!” She brightened and then immediately deflated, saying “I’ll be 82 then . . .” and didn’t finish her sentence. Her husband of over 50 years sitting in the adjacent room has moderate dementia and she is his 24/7 caregiver. Jean’s own life went on hold five years ago and meanwhile the passing years and her increasing age are diminishing the possibility of carrying out postponed dreams.

My own experience resulted in the irreversible loss of some of my dreams and physical abilities. I am not the same person I was when I jumped into the torrent known as 24/7 caregiving eleven years ago. No matter how hard I try, I can’t catch up and I can’t reverse the invisible cost of caregiving. But, today I cleaned up messes – piles of papers covered in dust. The piles have waited for me for years, some since March 2003.

And I just cleaned eleven years of dust off my bicycle . . . and started riding and training horses again. I may not be able to turn back the clock, but I can create new dreams.

If faced with the same situation, would I be my parents’ 24/7 caregiver again? In a heartbeat.

1. In fairness to my husband, he was overwhelmed caregiving for his own parents while I was caregiving for mine, and we provided much moral support to each other.

G. Wilder is a native Oregonian and Marylhurst Master of Arts in Interdisciplinary Studies/Gerontology student.  She holds a BS in Social Science/Gerontology from Marylhurst and works as an elder advocate with a look to the future in creating innovative elder social and residential models.