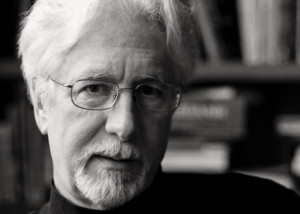 The name given to him is Tod Sloan. The name he chose for himself is Theodor (Theo) Arnason.  The name by which I refer to him is Tsloan.  I consider Tsloan to be a good mash-up of his given and chosen names, a potent symbol of his complex and multifaceted identity(ies).  Tsloan also sounds a bit edgy, like he’s a musician or an anarchist. (Actually, he’s both.)

Tsloan and I met in February 2006.  He was Professor Tod Sloan, Ph.D. in the Counseling Psychology program at Lewis and Clark Graduate School of Education and Counseling.  I was Director of Gerontology and Chair of Human Sciences at Marylhurst University. We were both committed to enacting the principles of critical social theory in our teaching, scholarship and activism, he as a community psychologist and I as an educational gerontologist.

Over the more than a decade we knew each other, Tsloan and I cultivated a vibrant, textured relationship.  Of course, we exchanged and discussed various books and articles, we talked about music and movies. But other much more surprising mutual offerings were made. He hooked me up with a side-gig teaching doctoral students in depth psychology, he connected me with a publisher in the U.K. for a project I was working on. My now-partner Simeon Dreyfuss and I taught an undergraduate capstone seminar together at Marylhurst, and we used two essays from one of Tsloan’s critical psychology texts as required reading for our students. Tsloan invited me to be a guest presenter in one of his graduate seminars and one time, he asked me to write something about disillusionment in later life to use as a prompt for students in his adult development and aging course; in exchange, his students responded to and expanded upon my ideas – an amazing collaborative inquiry experience! As he approached his 60th birthday, he admitted to me his ambivalence around growing older, he asked me for support as he entered a new, mysterious phase of his journey through the life-course. We thought together about and gave each other feedback on various writing projects. It was he who encouraged me to begin writing into and through my lived experiences, introducing me to the genre of “auto-ethnography.” In many ways, the Gero-Punk Project was sparked by his conviction that I had something interesting to say in my own strange way.

We also shared a musical sensibility. One of my potent memories is of Tsloan playing the electric guitar and me singing Coldplay’s Yellow. He introduced me to the Yeah Yeah Yeahs, a band to which I continue to be devoted.  Tsloan, me and my daughter Isobel saw them perform at Roseland Theater. It was Isobel’s first edgy concert experience. We got props from some of the other concert-goers for bringing a little kid with us. Isobel was by-far the youngest person there; Tsloan and I were by-far the oldest persons there! It was a cool intergenerational scene.

On February 19, 2006, my mother experienced an unexpected major cerebral aneurysm. Tsloan and I had only met a week before and were just at the beginning of knowing each other.  I don’t remember how he found out about my mother’s aneurysm – I likely told him, but I have no memory of doing so.  What I do remember is that he and another friend, Amy, sat with me all day at the hospital while my mother had emergency surgery. I also remember that Tsloan came with me on a reconnaissance mission to where my mother had crashed her car – she was driving when her head exploded. I was in shock.  He followed me in his car as I drove my mother’s car home.

Tsloan was supportive and helpful in so many ways during that dark time. I just learned recently that he wasn’t a “dog person,” so it makes it even more remarkable that he stepped up to help me out by walking Happy-the-puppy who I’d only recently adopted from the Humane Society (to celebrate Isobel’s 10th birthday).  Happy was traumatized and unruly and suffering from anxiety. So was I.

Simeon and Tsloan had heard about each other over the years, but they didn’t meet in person until December 21st, 2011, when I at last had the change to introduce them.  I’d invited them and a few other close people to my home – not something I do often! – for a winter solstice celebration.  It also happened to be Simeon’s birthday (and my birthday would be two days later).  I enjoyed watching these two people who I loved so much shyly suss each other.

A few years later, Tsloan visited Simeon in Oceanside, on the Oregon coast, with the gift of two green chairs. Very much on a whim, in the spring of 2016, Simeon and I discovered a curious rambling home in Oceanside – one of our favorite places – a hybrid of an old cabin and a newer two-story wing with an upstairs room that would make the perfect space for floor-to-ceiling bookcases and a big library table.  I knew that this was our place, and I beseeched Simeon to move there, to commence immediately the shared dream of living on the coast.  That’s another thing Tsloan and I (and Simeon) have in common, by the way, our love of the wild Oregon coast.  Tsloan was one of the first people I told about our plan to buy a beach home because I knew he’d be thrilled for us and because I wanted him to know he’d always have a place at the coast where he could dwell.

So, back to the green chairs: Tsloan was in the processes of moving (something he’d had to do several times in the 13 years I knew him) and offered us the two lovely green chairs that he no longer needed, thinking they could live at the Oceanside home. He came on over with the green chairs and he and Simeon had a lovely visit, just the two of them.  I wasn’t even envious that I wasn’t a part of the green chair adventure because I assumed Tsloan would visit us in Oceanside many times in the future, that we’d gather for weekends of walking, talking, cooking and drinking, listening to music, reading and writing. But that was the only time he had the chance to be at the beach house, when he brought the green chairs, though I offered to drive him out for a weekend during the many months last year when he was undergoing “Chemo Extremo,” as he called it.

The green chairs – one upstairs and one downstairs – hold space for Tsloan to visit us any time he’d like.

The last time I saw Tsloan was on December 12th, 2018, a few days before he died, at the home he shared with his son Daniel.

I took over a plate of roasted veggies – at Daniel’s request – and some cheese and bread.  Tsloan’s sister and Daniel’s mother were there, as well as Tsloan’s best friend from graduate school and his wife.  Songs from the ‘80s were playing – at Tsloan’s request.  I sat on the edge of the hospital bed next to Tsloan, I held his hands. I rubbed his distended stomach.  He was uncomfortable but not in pain.  He was shining so brightly!  I kissed his forehead. I sang along with a Depeche Mode song (Everything Counts). He looked at me and raised his eyebrows and smiled; I raised my eyebrows and smiled back. We said some little sweet things to each other: Thank you; It has been wonderful; I’m so grateful; Don’t worry about anything.

My dear Tsloan, what a precious and unsurpassed gift our relationship is in my life.  You are a bright shining star.  I wish you safe travels as you soar through the universe.

Become your healthiest you.
Un-Fancy